About The Sydney Game Fishing Club 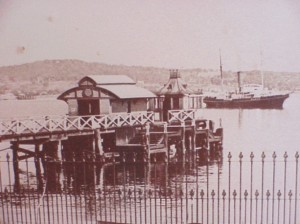 Sydney Game Fishing Club was formed in 1952 and right from the early days attracted some very high profile members from varying industry sectors including the legendary TV personalities Bob and Dolly Dyer.

Our clubhouse is situated on the end of wharf at the picturesque Watsons Bay on Sydney Harbour and has facilities for around 120 people.  Our clubhouse also includes our own weigh station which allows temporary mooring of several boats.

Sydney Game Fishing Club Limited is a public company “limited by guarantee”.  The members own the club, but the club/company is not permitted to make any distributions to its members.  Essentially all profits are reinvested so that the assets of the club have been built up by the efforts of all the members over the years.  Membership is generally around 400, with some 80 or so boats of varying sizes between 17’ and 76’ being registered with the club.

Our members come from a very diverse cross section of the community, with many members either business owners or holding very senior positions in companies both large and small.  We always try to encourage a family atmosphere at our club and hold many social functions for our members to enjoy the fantastic facilities that we have available.

In December each year we also hold a day which is very special to our hearts, where we invite patients and their families from the Sydney Children’s Hospital at Randwick to join us at the club.  During that day we take all the invited guests on a harbour cruise on member’s boats, provide everyone with lunch and refreshments, we instruct them on fishing techniques and also try to catch the children a fish or two off the wharf.  The high point of the day is when Santa arrives on the Water Police launch, and the expressions on the children’s faces is something that is very hard to forget.

The club is a member of the New South Wales Game Fishing Association and competitions are held against other clubs in our zone (“Central Zone”) and around the state.  We regularly send a team of 40 or more SGFC boats to participate in the NSW Interclub Competition held annually at Port Stephens where around 220 boats participate overall.

SGFC members are regularly major trophy winners on the tournament circuit and as a result the club has also been very successful.  Several times in recent years we have been awarded trophies for being the Champion Club for Tag & Release (“T&R”) efforts within both NSW and also the whole of Australia.

In the recent history of Game Fishing there has been a transition from capturing and weighing of fish towards Tag and Release. This is increasing noticeably every year with over 95% of all fish recorded being Tagged and Released.